Home » About Our Practice & Engineering the WOW!

I don’t know if you brought this up already, but anytime you have a design project, you come up with a word, and the word this time was breathe.

So this kind of gives you that. Anywhere you stand in this building, you should be able to catch your breath.

But here, it’s like an expanse, and you feel really, “Yeah. I feel really good here.”

I don’t feel cramped. I don’t feel closeted, and I’m able to kind of do it 360 and see just about everything in the room.

But we did run into some acoustical issues with it because you do get a bounce effect.

With a very open space, you have a lot of loudness, do you not?

Sound travels. How do you handle that?

Well, retail, you want a little bit of it but you don’t want as much as we had. So what we did is we added these acoustic panels to the ceiling.

That did absorb that. It was kind of..we learned a lesson there so. Expensive. It wasn’t cheap, but it was worth it. and it did make a huge difference.

It’s funny, once we put those panels in, we can hear the music. The guy said we need to turn the music down, and we never changed the volume.

That’s when the music helps too. In fact there’s a lot of studies that show that the music kind of enhances the experience, which is sound, but also someone talking and makes you excited too.

We love the fact we’re in Austin, and we do exploit the fact that people love the music here too.

Everything in our waiting room is either Austin or Texas based.

When you walk into a recording studio, you’ll notice these little rectangles kind of up on the wall. That kind of helps with the reverb when they’re doing the recording music. Stuff like that. Choirs will have them in there as well.

So, what was happening is down the hall, in our rooms, you could hear the echo when the optical got really crazy.

So what we wanted to try to do was absorb some of that echo to the point where now we hardly hear the optical even when they’re really busy. You want a buzz because you know it’s kind of like if you walk into a giant retail store, and you look like you’re the only person here then that kind of says something about your retail store. You want the buzz without it interfering with what’s going on in the back.

And so having that combination of you can hear the noise, but it not overwhelming what you’re talking about in the exam room is a pretty big deal and that worked really well once we installed the panels.

The exam room door is closed for the most part, but there are times where you open the door because an optician comes in and stuff like that, and you don’t want this quiet room all of a sudden turn into this loud echo buzzing from out in here in the optical.

What that purpose is now you can hear the optical, but it’s not overwhelming the conversation you’re having with the patient.

Because you could be talking to somebody about the first time you’re diagnosing them with an eye disease, and it’s really serious, and it’s kind of somber.

Then, all of a sudden, there’s this loud cackle, laughing, that’s echoing from the optical — kind of ruins the mood into what you’re talking about.

So you want the sound like Joel was saying as far as from a retail standpoint, but you don’t want it to overwhelm is the medical part of it. 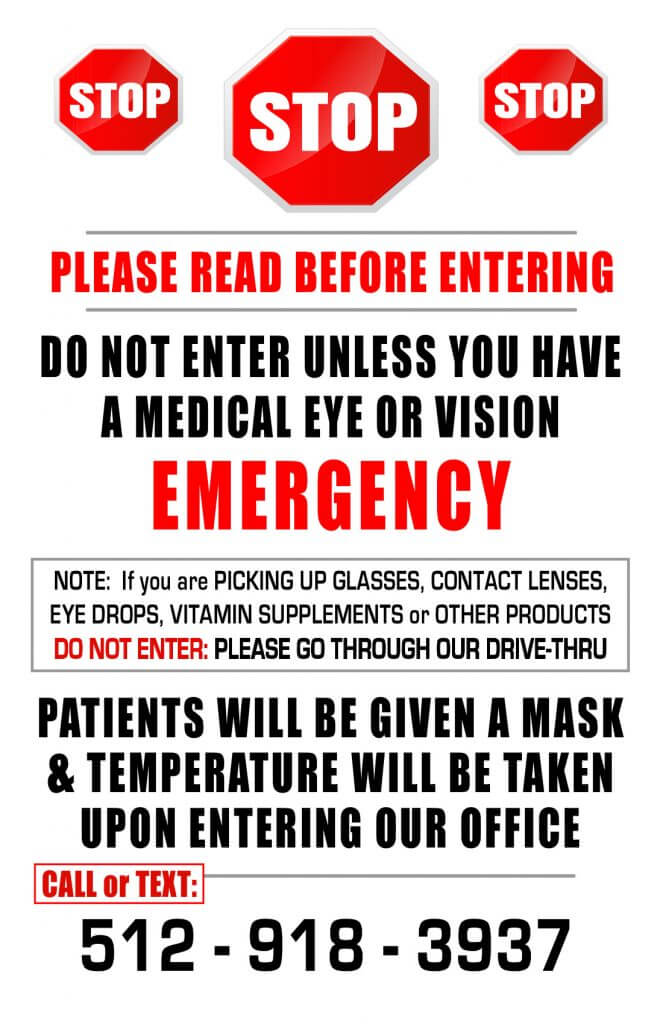